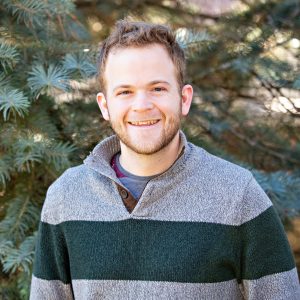 What motivated you to enroll in SIPI? I had spent time studying and teaching English in the Spanish region of Galicia, which speaks Galician, a language closely related to Portuguese. I love that region and the language, and became interested in the relationship between Spanish and Portuguese cultures in Iberia. Additionally, I met some wonderful friends from Brazil and wanted to learn their language!

How has Portuguese enriched your life so far? Academically, my knowledge of Portuguese has greatly expanded the resources I can use. I am interested in indigenous languages of the Americas, and knowledge of Portuguese has opened up worlds of scholarship relating to Amazonian languages and cultures. Personally, it has created a love for Brazilian culture, and I now listen to almost as much Brazilian music as English!

What made the language learning at SIPI different from other language classes you have taken? SIPI was different from other language classes I’ve taken in its level of immersion. It truly is as close to studying abroad as you can get while still in the US – we regularly cooked, played, sang, and goofed around together, all in Portuguese. SIPI is much more than just a class – it’s an invitation to engage with a community of joyful, fun-loving, curious, and kind Lusophones.

What was your favorite part of the SIPI Program? My favorite part of the program was that it was grounded in relationships. The small class sizes meant that we knew each other really well and were able to help each other improve. SIPI is communal learning at its best, and the instruction used by Mariana, Carol, and Jared was a model of ideal language pedagogy.

How have you maintained or improved your Portuguese since SIPI? I have informally maintained my Portuguese through regular participation in bate-papo conversation nights in Madison. I regularly read academic literature in Portuguese, so my vocabulary in the language has continued to grow as I utilize sources in the language. And of course, I communicate with friends I made during SIPI as we help each other maintain our Portuguese together.

Have you traveled to any Portuguese-speaking areas? Was it before or after completing SIPI? I travelled to Portugal several times before attending SIPI. I haven’t traveled anywhere since, but I hope to spend some time in Brazil soon!

What was your favorite SIPI social event? The weekly bate-papos on the UW Terrace, watching the sunset over Lake Monona as we laughed and joked in Portuguese.

What is your favorite word or phrase in Portuguese? Puxa! Our class had a lot of fun with the various regional Brazilian expressions for “wow!” – even the dated ones that are maybe closer to “Golly!”.